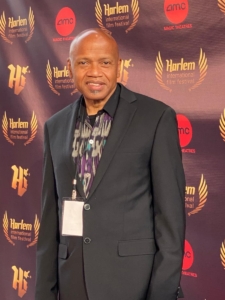 Tarabu is the last of Mamie Kirkland’s nine children and has been developing the One Hundred Years From Mississippi project for the last several years.

Tarabu’s background as a Media Artist, Producer and Administrator includes twenty years in Public Radio having served as General Manager of radio station KPFK-FM in Los Angeles, Assistant Manager of KPFA in Berkeley where he co-founded the Third World Media Department and helped establish national radio training programs for producers of color, and General Manager of the Community Information Network.