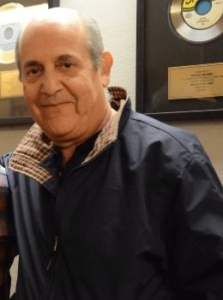 Andres is a major pillar in the Latino media community; a multitalented editor, producer, and community activist.

Andres Alegria began his career as a producer of news, documentary and cultural radio programming. He produced and hosted programming for 10 years for public radio focusing on Chicano and Latin American affairs. Since then he has been a television editor and producer for over 30 years with credits that include national and local news, documentaries and nationally syndicated programs for all the major networks both commercial and public. In addition to producing independent films and videos, he is currently V.P. of Post and Operations for Hoff Productions, a major producer of factual television programming for U.S. and international markets. Andres and Tarabu were two of the original founders of the Third World News Bureau in the early 1970’s, one of the first media outlets operated by people of color in the U.S. His most recent film Song for Cesar is in U.S. and international distribution.