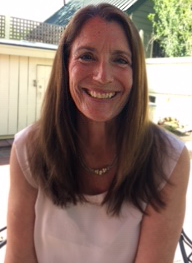 Brenda Friend is a two time Emmy-nominated producer who has worked in the television industry for over 30 years. Her company, Old Beantown Films, has produced dozens of telefilms and series pilots, including the award winning and Emmy nominated TNT/Johnson & Johnson Spotlight Presentation of The Ron Clark Story and the CBS miniseries Joan of Arc which received 13 Emmy nominations. Old Beantown Film’s Lifetime Television production of What If God Were the Sun? based in part on the novel by John Edward and adapted by J. Dulin Jones and Jamie Pachino is where she teamed up with Gina Rugolo Judd as executive producer. The film garnered Emmy and SAG awards nominations for actress, Gena Rowlands. Ms. Friend is a member of the Television Academy and served for several years on the Emmy Awards Panel. She has taught screenwriting and production courses for UCLA Writers Extension program and Columbia College Hollywood in addition to guest lecturing at numerous film programs including the American Film Institute, USC, CalArts, and the Emerson College Los Angeles program. She is a graduate of the Boston Conservatory as well as the Neighborhood Playhouse, where she had the privilege of studying with the late Sanford Meisner.

Robert A Nakamura
Scroll to top