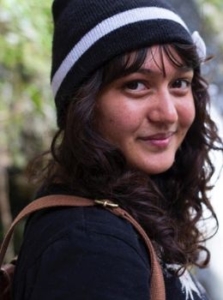 Cassandra is an editor, producer and the co-founder of Mindfruit Studios. Though her career started in commercials and music videos, Cassandra has refocused on documentary and educational content and seeks with each of her projects to make people think more compassionately about the world around them. Cassandra has worked with such clients as National Geographic and the Endangered Species Coalition. In 2018 Cassandra was selected as a fellow at the International Wildlife Film Festival due to her deep commitment to educational media.