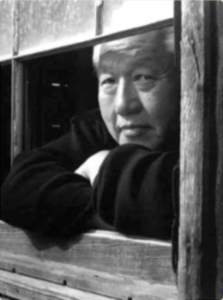 Robert is a pioneering filmmaker and influential educator known to many as the godfather of Asian American media.

Robert has been a major force in independent film since 1970 when he was the founding director of Visual Communications, the oldest continuing Asian Pacific American media organization in the country. An award-winning documentary filmmaker, Nakamura also founded the UCLA Center for Ethno Communications based in the Asian American Studies Center and the Watase Media Arts Center of the Japanese American National Museum.